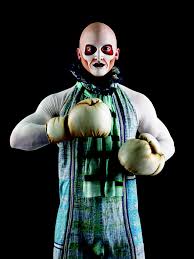 Latest News – In The Works

Benoit Jutras is hard at work on the new Cirque Du Soleil/Disney mega production that will open at Disney World Orlando in 2019.

He is also working on a water show at the Marine and Safari park in Bali and just finished the music for the ride Road Rage at the Trans Studio Bali.

Along with two long time collaborators,  he is developing a new musical-rock opera, project really dear to him

Among his latest projects, Benoit Jutras composed the music of Franco Dragone’s mega-show The Han Show  in Wuhan, China, and created the music for the Lotte World  Theme Park in Seoul, as well as all the original music from the theme park The Land Of Legends  in Antalya, Turkey.

In 2018 he wrote the music for the Christmas Parade at Universal Studios in Orlando and has recomposed a brand new soundtrack for Le Rêve  at the Wynn resort in Las vegas.

He also composed the original soundtrack of the 3D movie World’s Away,  produced by Cirque Du Soleil and James Cameron (Avatar and Titanic). The singer ‘E’ of the group Eels is singing on the opening credits song. That same year, he composed the music for the show Amuse; a show from the Canadian company “Les 7 doigts de La Main” which took place in Mexico City.

Always in collaboration with Franco Dragone, Benoit composed the soundtrack of the mega-show The House of Dancing Water. The show has been critically acclaimed since it opened in 2010 at City of Dreams in Macau. He also composed the music for the show Le Rêve  at the Wynn resort in its original version of 2005 and which played until 2016.

Over the past thirty years, Benoit has been one of the principal composers and musical director of Cirque du Soleil.

He wrote the music of “Cirque Du Soleil” flagship “O”, a permanent show at the Bellagio Hotel in Las Vegas, which celebrated its eighteenth anniversary in 2017. He also co-wrote the music for Mystere,  first Cirque du Soleil production to be presented in Las Vegas and who has been attracting crowds at Treasure Island since 1993.

In 1996, he signed Quidam, a masterpiece first presented in Montreal which after a massive tour around the world bowed in New Zealand in 2015

Benoit has also composed the music of the show La Nouba by Cirque du Soleil, a mega-production presented at Disney World in Florida since 1999. The show will close in December 2017 after more than 18 years delighting millions of spectators.

In 1988 he had become a co-composer of Cirque du Soleil’s Cirque Reinventé,  which toured America and Europe from 1987 to 1990.

Benoit creates the music that accompanies Glow in the Park Parades, daily parades in the Six Flags parks of Mexico, New England, New Jersey, Dallas, Chicago and St. Louis. He also writes the original music for the celebrations surrounding the passage of Pope Benedict XVI at the Yankee Stadium in New York in April 2008.

Benoit also signs the music of Borderline, a film directed by Lyne Charlebois and produced by Roger Frappier and Luc Vandal. The album contains a piece sang by Lulu Hughes on a text by Luc Plamondon, as well as “Thin Skin” performed by Brad Roberts of the Crash Test Dummies who also signs the text.

In 1997-1998 he wrote the music for the 17 episodes of the American tele series The Hunger, produced by Tony and Ridley Scott with Terence Stamp, presented on Showtime.

Benoit Jutras also worked on Francesco, il Musical, with a book by Vincenzo Cerami (“La Vita E Bella”), a modern musical work based on the life of St. Francis of Assisi. The Italian production was presented in 2000 at the Lyrick Theater in Assisi, Italy, in an amphitheater built especially for this play.

He composed two pieces which are found on the album IL TEMPO by Michaël Girard, Lasciatemi Cadere and Non Cercare Lontano. IL TEMPO is now GOLD certified in Quebec, which underlines sales exceeding 50,000.

Benoit created the soundtrack of the first two shows of the “Casino de Montréal’ in 1997 and 1998.

He was the official composer of the Swiss National Circus (Knie Circus) for three years, from 1991 to 1993 for which he won the Best Cirque Music Award at the Monte Carlo Festival for 2 years in a row. He was also co-composer for the New York Big Apple Circus in 1991.

In 1997 he was co-composer for the Big Apple Circus in New York.

The music of Benoit Jutras exceeds even the limits of our planet; it traveled in space aboard the Discovery Space Shuttle in spring 1999. Quebec astronaut Julie Payette brought the CD’s “Quidam” and “O” with her. The musical note on her astronaut uniform honors the creativity, sensitivity and adaptability of humans – omnipresent qualities in the music of Benoit Jutras.

The musical tastes of Benoit are eclectic – classical, rock, trip hop, electronica, world beat, etc. He likes to merge all styles and loves to compose at the service of the image, whether for the stage or the cinema.